As covered in my post from last week, the Janitor now regularly tries to import new upstream git snapshots or upstream releases into packages in Sid.

There are about 30,000 packages in sid, and it usually takes a couple of weeks for the janitor to cycle through all of them. Generally speaking, there are up to three moving targets for each package:

When the janitor notices that one of these three targets has changed, it prioritizes processing of a package - this means that a push to a packaging repository on salsa usually leads to a build being kicked off within 10 minutes. New upstream releases are usually noticed by QA watch within a day or so and then lead to a build. Now commits in upstream repositories don’t get noticed today.

Note that there are no guarantees; the scheduler tries to be clever and not e.g. rebuild the same package over and over again if it’s constantly changing and takes a long time to build.

Packages without priority are processed with a scoring system that takes into account perceived value (based on e.g. popcon), cost (based on wall-time duration of previous builds) and likelihood of success (whether recent builds were successful, and how frequently the repositories involved change).

At the moment there is no service in Debian (yet - perhaps this is something that vcswatch or a sibling service could also do?) that scans upstream repositories for changes.

However, if you maintain an upstream package, you can use a webhook to notify the janitor that commits have been made to your repository, and it will create a new package in fresh-snapshots. Webhooks from the following hosting site software are currently supported:

You can simply use the URL https://janitor.debian.net/ as the target for hooks. There is no need to specify a secret, and the hook can either use a JSON or form encoding payload.

The endpoint should tell you whether it understood a webhook request, and whether it took any action. It’s fine to submit webhooks for repositories that the janitor does not (yet) know about.

For GitHub, you can do so in the Webhooks section of the Settings tab. Fill the form as shown below and click on Add webhook: 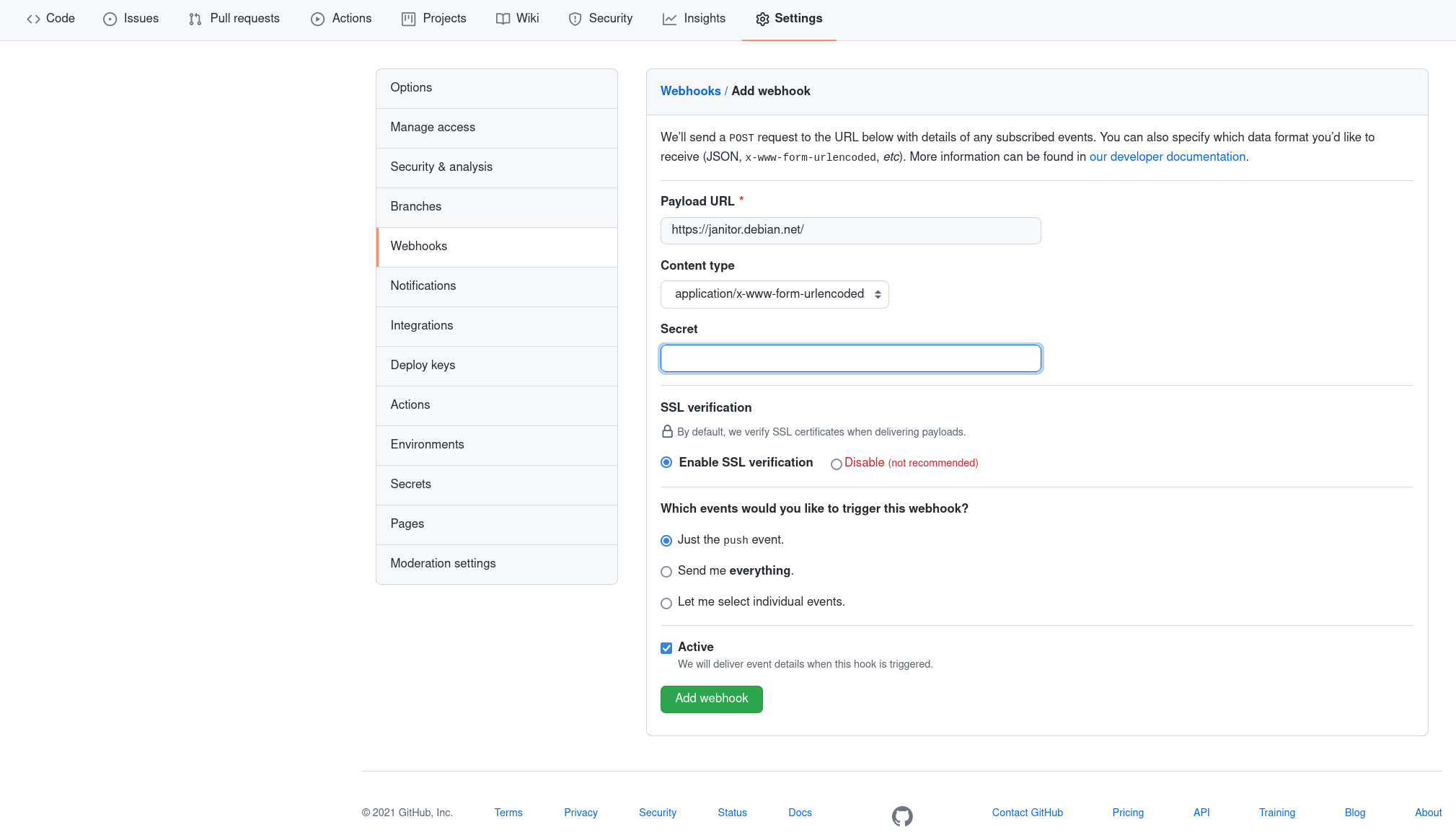 On GitLab instances, you can find the Webhooks tab under the Settings menu for each repository (under the gear symbol). Fill the form in as shown below and click Add Webhook: 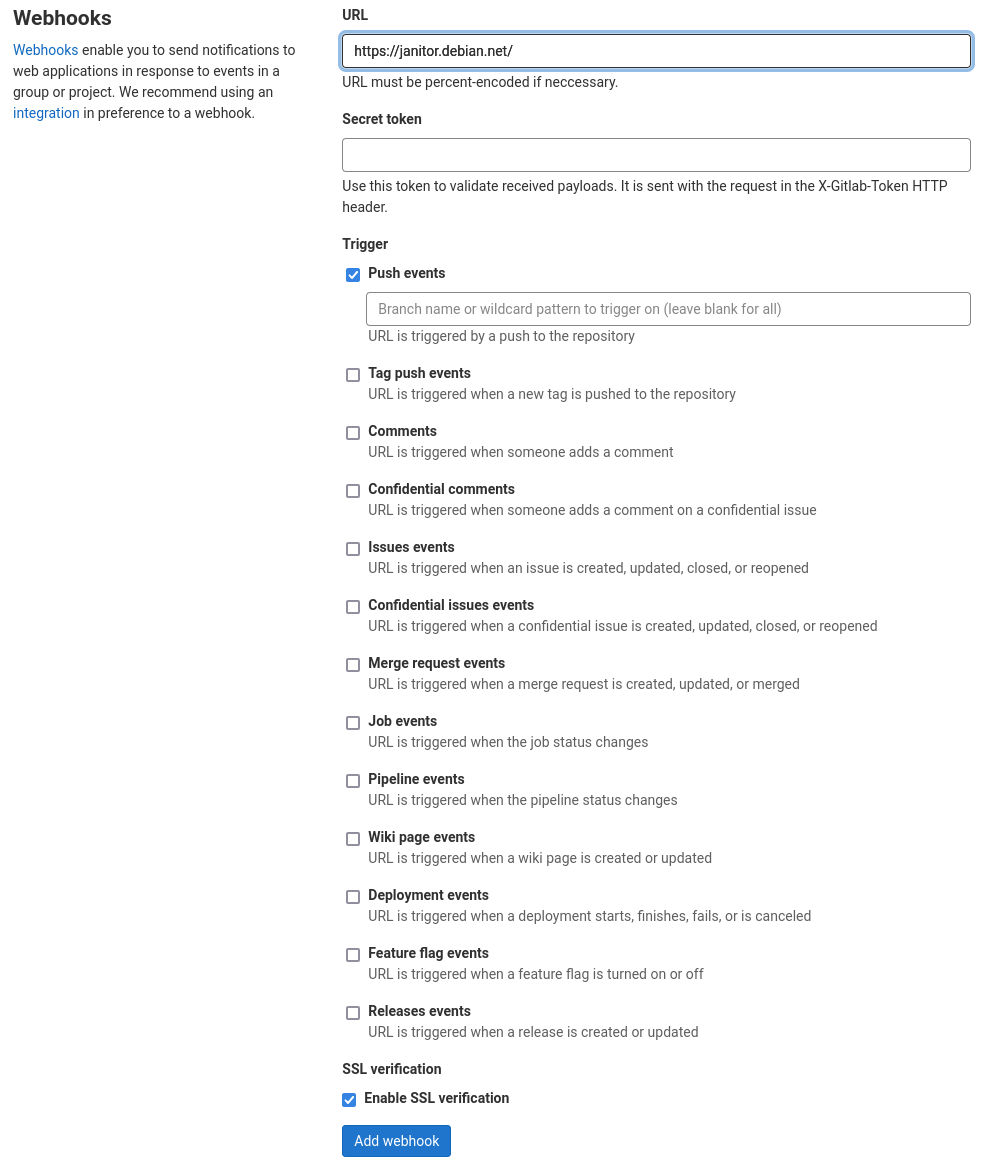 For Launchpad, go to the repository (for Git) web view and click Manage Webhooks. From there, you can add a new webhook; fill the form in as shown below and click Add Webhook: