At the moment, it supports the GitHub API, Launchpad API and GitLab API. Both GitHub and Launchpad have only a single instance; the GitLab instances it supports are gitlab.com and salsa.debian.org.

This provides coverage for the vast majority of Debian packages that can be accessed using Git. More than 75% of all packages are available on salsa - although in some cases, the Vcs-Git header has not yet been updated.

The remaining 1.6% are hosted on many other hosts, primarily people’s personal servers (which usually don’t have an API for creating pull requests). 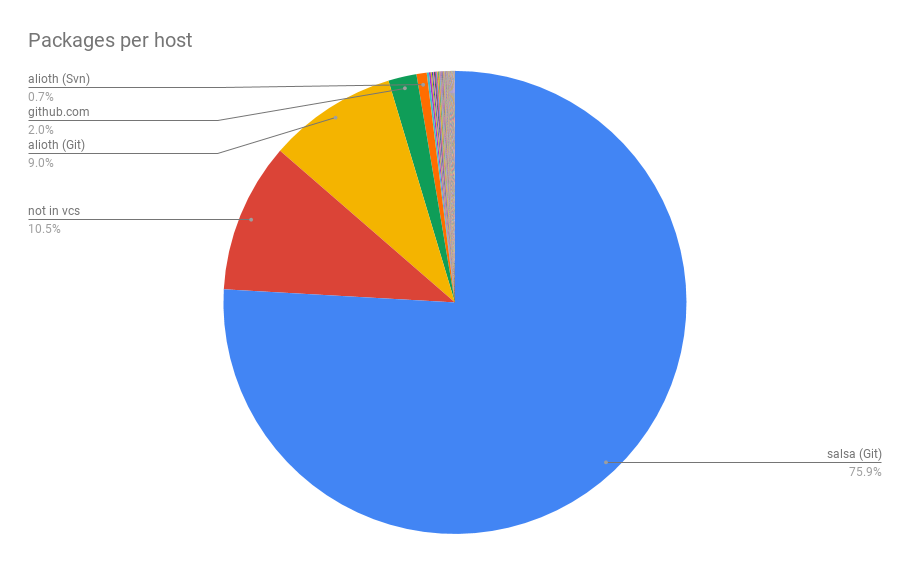 It is possible that the 20% of packages that do not have a Vcs-* header or have a Vcs header that say there on alioth are actually hosted elsewhere. However, it is hard to know where they are until a version with an updated Vcs-Git header is uploaded.

The Janitor primarily relies on vcswatch to find the correct locations of repositories. vcswatch looks at Vcs-* headers but has its own heuristics as well. For about 2,000 packages (6%) that still have Vcs-* headers that point to alioth, vcswatch successfully finds their new home on salsa.

These proportions are also visible in the number of pull requests created by the Janitor on various hosters. The vast majority so far has been created on Salsa. 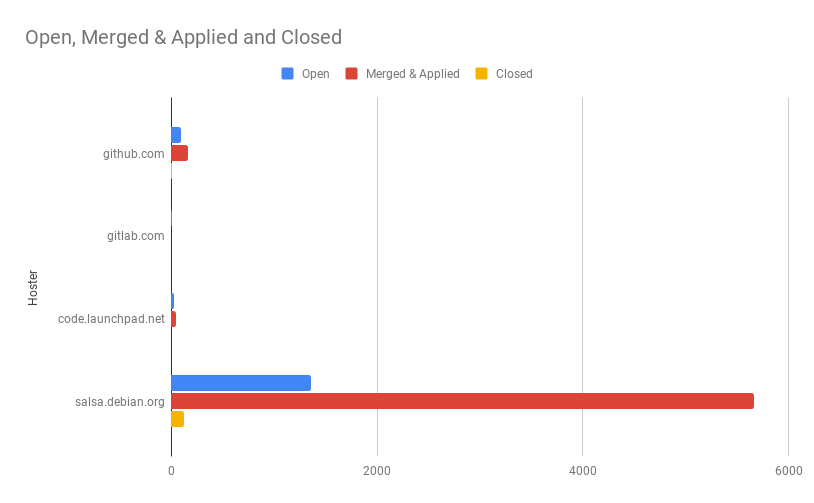 Note that this excludes ~5,600 direct pushes, all of which were to salsa-hosted repositories.

For more information about the Janitor’s lintian-fixes efforts, see the landing page.