On 12 July 2019, the Janitor started fixing lintian issues in packages in the Debian archive. Now, a year and a half later, it has processed every one of the almost 28,000 packages at least once. 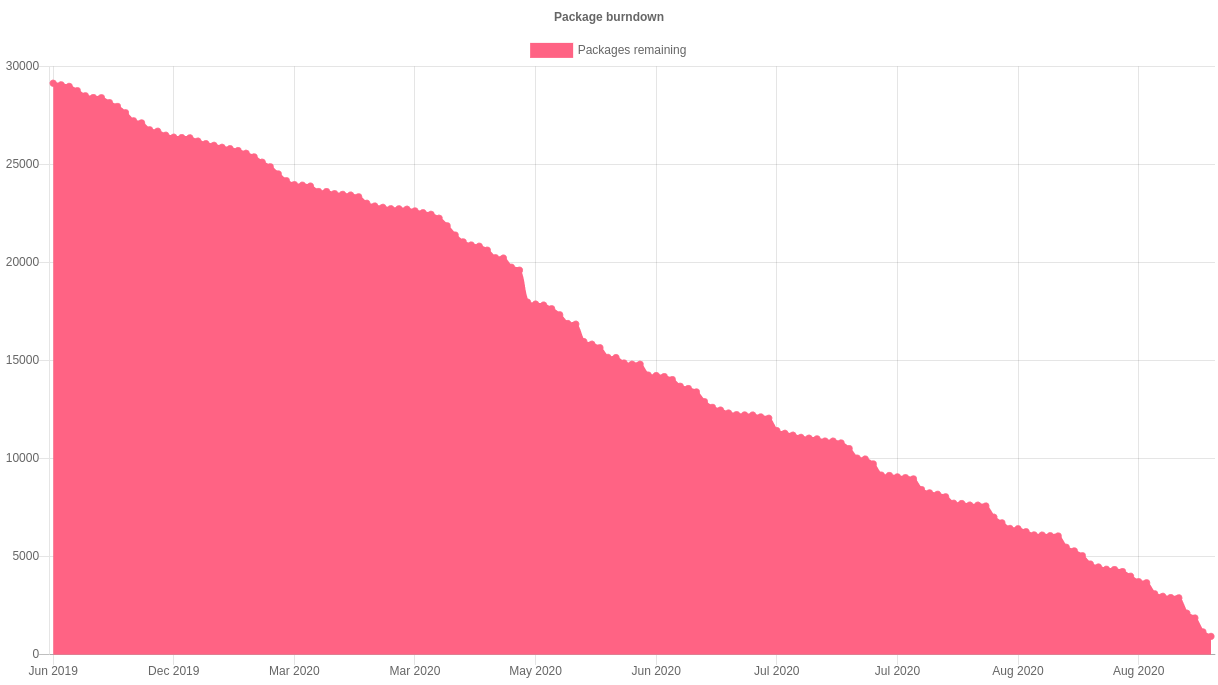 As discussed two weeks ago, this has resulted in roughly 65,000 total changes. These 65,000 changes were made to a total of almost 17,000 packages. Of the remaining packages, for about 4,500 lintian-brush could not make any improvements. The rest (about 6,500) failed to be processed for one of many reasons – they are e.g. not yet migrated off alioth, use uncommon formatting that can’t be preserved or failed to build for one reason or another. 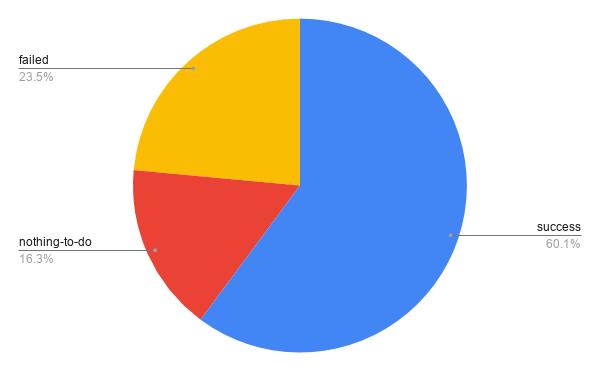 Now that the entire archive has been processed, packages are prioritized based on the likelihood of a change being made to them successfully.

Over the course of its existence, the Janitor has slowly gained support for a wider variety of packaging methods. For example, it can now edit the templates for some of the generated control files. Many of the packages that the janitor was unable to propose changes for the first time around are expected to be correctly handled when they are reprocessed.

If you’re a Debian developer, you can find the list of improvements made by the janitor in your packages by going to https://janitor.debian.net/m/.

For more information about the Janitor’s lintian-fixes efforts, see the landing page.